Level up your room and bring the music legend to it with Beatles - themed wall murals. If you are looking for the right wall decor to add spice to your room, Photowall has a collectiRead moreon that will definitely make you reminisce the music made popular by the legendary British rock group. You will surely love the nostalgic wall mural designs as they also rock the interior of any space.

Looking for a nostalgic wall mural that would add life to your room? Photowall has the solution for you. One of the popular collections, especially for music lovers are the Beatles - themed wall murals. The wonderful wall murals feature the timeless British rock band who made popular songs such as Let it Be, Help, Love Me Do, and Sgt. Pepper’s Lonely Hearts Club Band. Beatles wall murals can be described as lively and vibrant that will definitely make any dull and boring room look great and interesting. Install a Beatles wall mural to your favorite room and it seems like you now have your very own recording studio. The wall murals come in vibrant colors or in black and white. The latter can give a retro room appearance that can blend well to any interior design style that you have. Relive the classics with these amazing wall murals and your home will certainly look unique and lovely. Beatles fans will definitely love these wall murals as these can create a nostalgic room. Goosebumps everywhere? Beatles wall murals are simply amazing. Of course there is always a question of where to add the wall murals. Actually, they can be added anywhere. The living room, bedroom, mini home theater, the office, or even in a restaurant. Beatles wall murals can simply make these rooms and spaces look great and attractive.

The Beatles were an English rock band which was formed in Liverpool in 1980. It includes Paul McCartney, John Lennon, George Harrison, and Ringo Starr. Beatles was considered to be the most influential music band in history. Their musical style was rooted in skiffle, beat and 1950s rock and roll. The group later on tried other styles such as pop ballads, Indian music, psychedellia dn hard rock. Their music often incorporates classical elements and unconventional recording techniques in creative ways. They popularity started by playing in clubs in Liverpool and Hamburg. The Beatles was known to be the best-selling band in the history of music, with an estimated sales of over 800 million physical and digital albums all over the world. The Beatles had more number one album on the British charts and sold more singles in the United Kingdom as well as in the United States. The Beatles was also included in time magazine’s compilation of the 20th century’s 100 most influential people.
Show less
Product information
2 motifs
Sort:
Filter
Done
Sort
Done 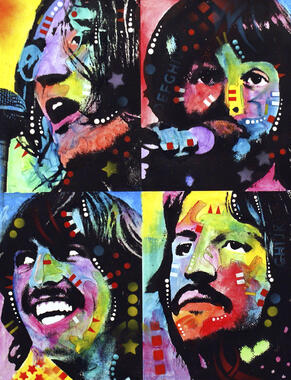 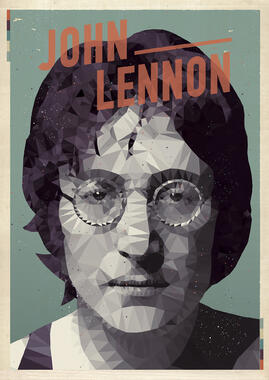