Hooked and cooked, fish have always been an integral part of human life, probably since the beginning of time. In modern times, we also like to keep fish as pets. Thus a fish wallpaRead moreper can make sense as a decorative component both ways. One of the most unique creatures on earth, fishes comprise one of the largest and most diverse categories in vertebrates. As fishes living in the depth of water bodies all across the earth, a fish wallpaper is equally at home in any room you choose to spruce up. They truly are amazing, intriguing and fascinating animals. Fishes come in all shapes, colours and sizes, which you will see in Photowall's great fish wallpaper lineup. All these motifs in fish wallpaper can be adjusted and modified corresponding to your aesthetic and interior design.

The longevity of fish wallpaper

Fishes have been present on Earth for more than 400 million years, they were even there long before the Dinosaurs roamed the earth. Bring that everlasting feel into your residential, commercial or recreational space by getting a fish wallpaper. Furthermore, there are over 25,000 known species of fish and probably many more that we have not even discovered yet, as they are so abundant in the world’s oceans, lakes and rivers that new species are constantly being found. This is why fish always stir curiousness in humans, because they live in worlds alien to us. Their diversity in everything ranging from colour to habitat makes them an ideal accessory as fish wallpaper, it is just a matter of mixing and matching or contrasting them with other decor elements. Fish Tank is a very interesting piece, showing a very charismatic fish giving a fishing hook an extremely interesting look. This fish wallpaper can look great in any home, office or other space that you have selected to fix up or revamp.

Fish wallpaper as a symbol

As most of us know, the fish is used often as a symbol by Christians to represent Jesus, or Christianity in general. However, the fish is also present in a lot of other religions and cultures, like in the dhamma of Buddhism where it symbolizes happiness as they have complete freedom of movement in the water. Fish are also often drawn in the form of carp which are regarded in the Orient as sacred on account of their elegant beauty, size and massive life-span. These notions, ideas and beliefs are a great sentiment when considering getting a fish wallpaper for your space. A fish wallpaper with meaning is always better, as it expresses your character and transmits that you place value on cultural things and religious respect.

The koi of fish wallpaper

The most prominent of the aforementioned carp that are regarded as sacred in the Orient, the Koi fish comes in a variety of colours, not just the most known orange. They can be white, black, blue, red, cream and yellow in colour, which is another reason to get a fish wallpaper as it will match any chosen space you want to design or revitalize. Koi fish are known to be extremely intellectual for their kind. They have the ability to recognize the person who feeds them and they can be trained, like a dog or cat to eat from his or her hand. In Japan, koi fish are frequently passed down from generation to generation as a family heirloom. Why not do the same with your top-grade fish wallpaper, such as the motif titled Lucky Koi?
Show less
Product information
16 motifs
Sort:
Filter
Done
Sort
Done 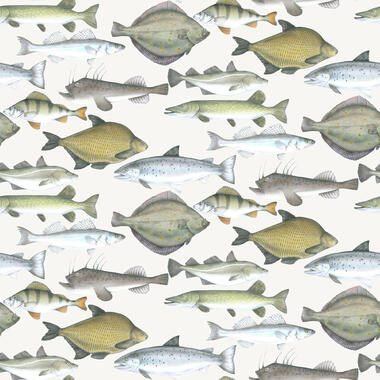 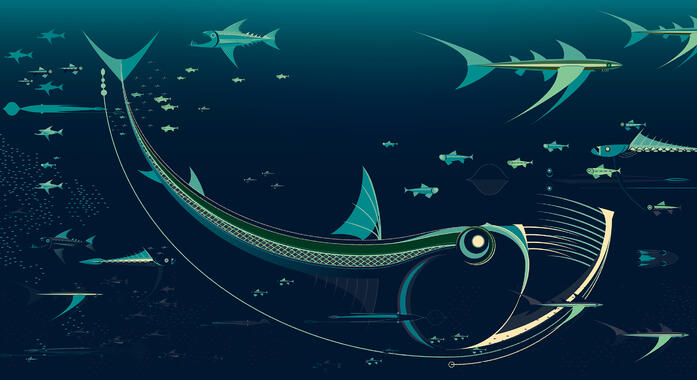 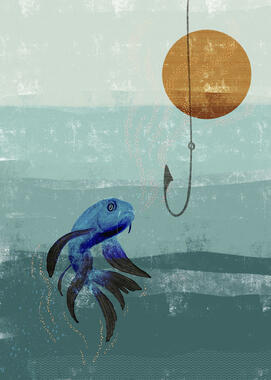 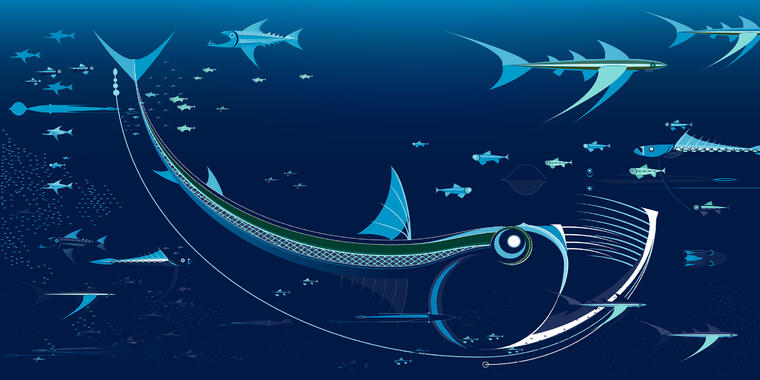 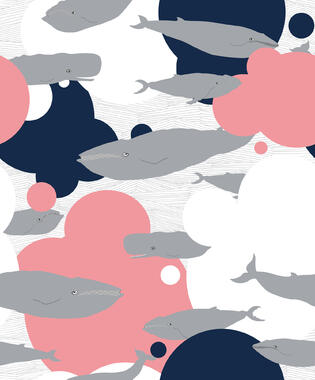 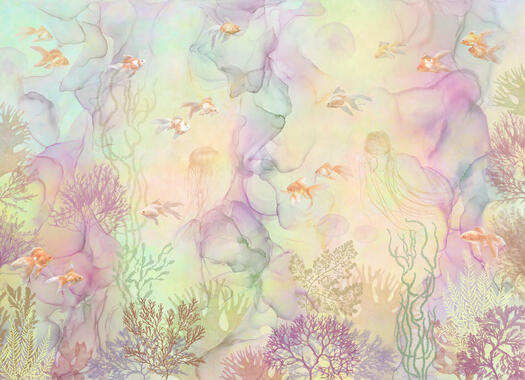 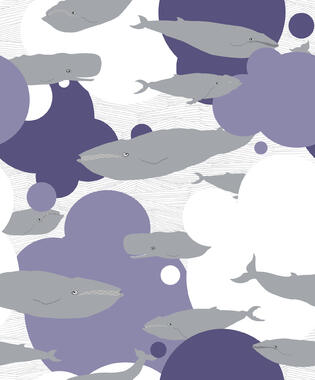 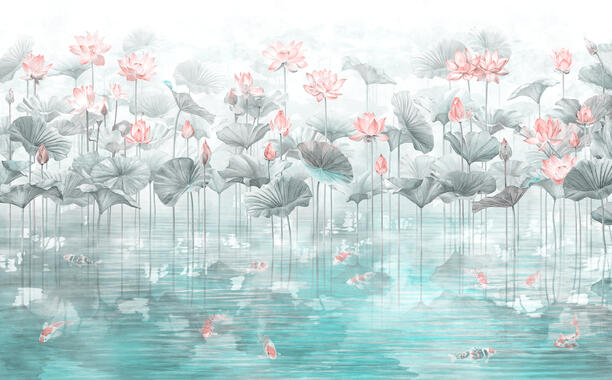 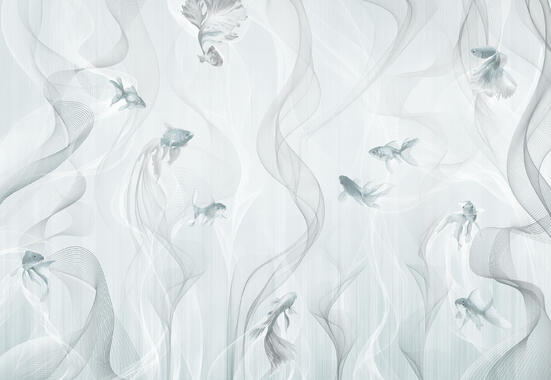 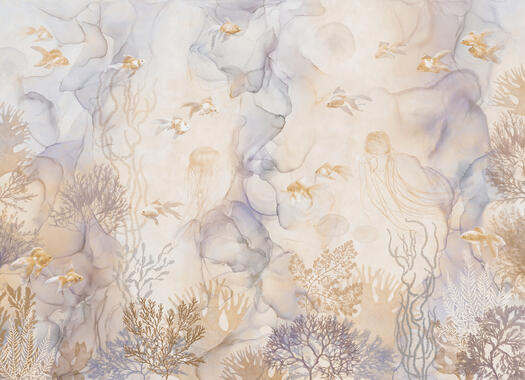 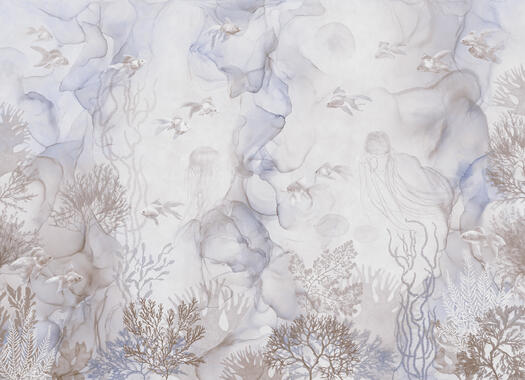 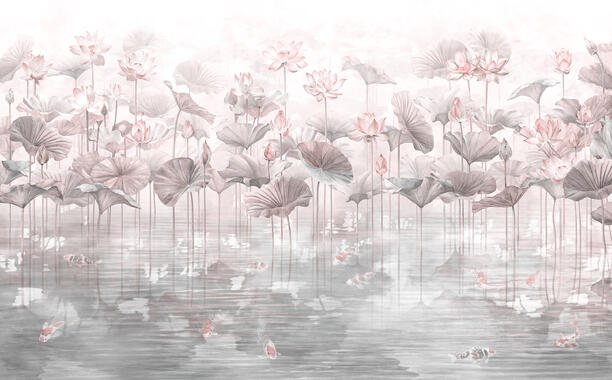 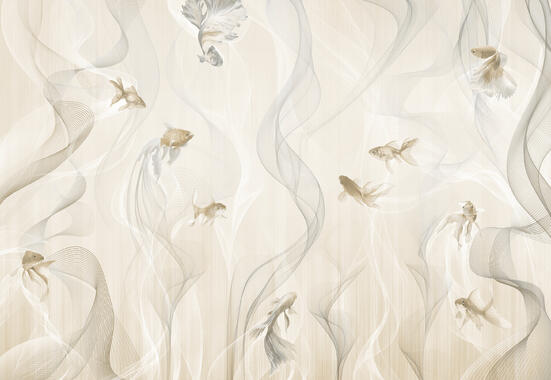 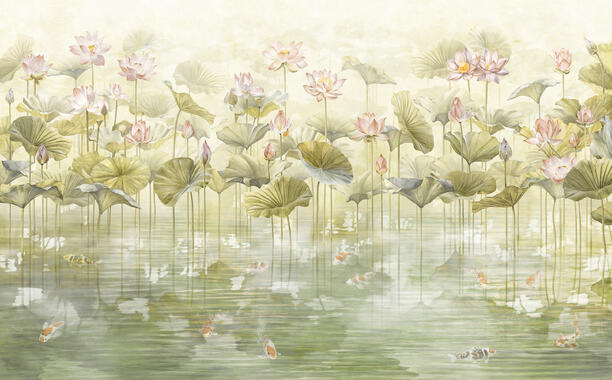 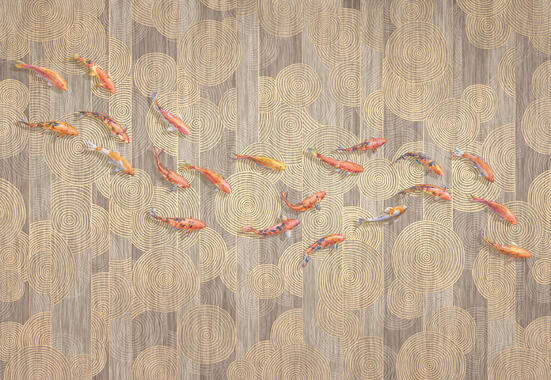