Meet CEVO – the Argentine artist behind the dots

INTERRUPTED UNIVERSE is an expressive and eye-catching wallpaper collection created by the Argentinian artist Sebastian Scaglione, known more as CEVO. We sat down with the Stockholm-based artist to find out more about his work and process.

–  The artistic work behind CEVO’s wallpaper collection INTERRUPTED UNIVERSE  is out of the ordinary and it’s something we haven’t done before. His impressive, unique and time-consuming dot technique adds a real passion to this collection, says Anneli Öquist Sterner,  product and designer manager at Photowall.

Each wallpaper motif consists of meticulously detailed, hand-drawn drawings, created with stippling technique. The artwork below is made of more than 298.000 dots and took 19 hours to complete. 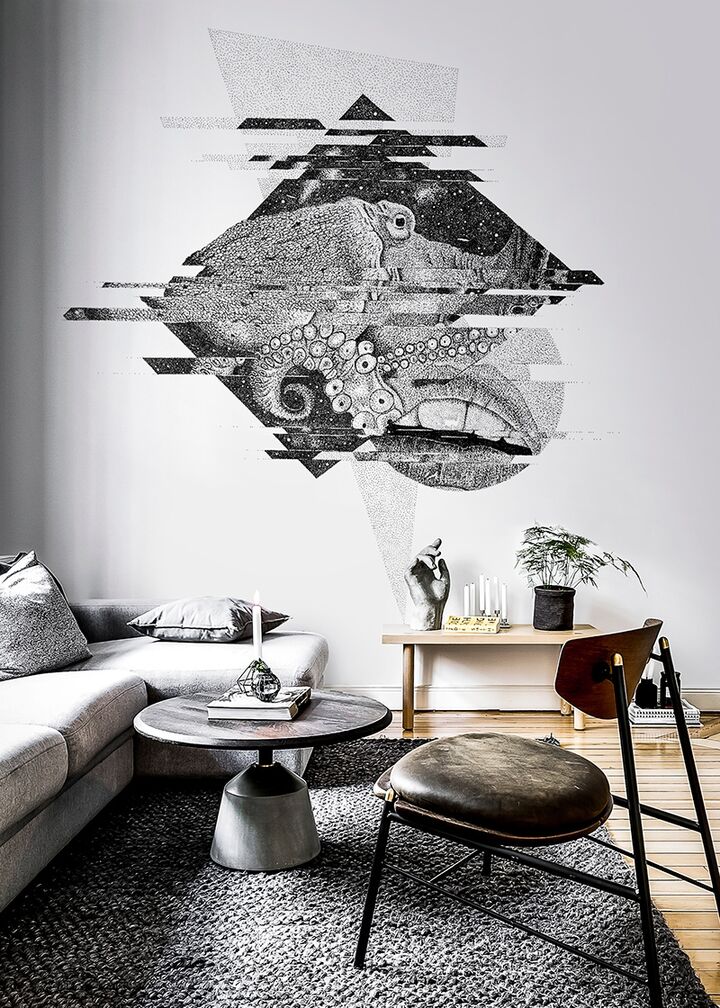 Can you tell us a little about yourself?

I'm a graphic designer from Buenos Aires. I moved to Stockholm several years ago, and now I work as an Art Director at Karma, an app that helps rescue unsold food. I work mostly with a stippling technique, creating hand-drawn, ultra-realistic paintings with thousand of tiny dots.

How did you get into art?

Drawing has been a part of my life for so long I can remember. Growing up I loved drawing, painting and exploring the world around me. When I was kid a I tried a little bit of everything, I studied caricaturism, acrylic painting, carpentry and music. When I finished my studies in graphic design in Argentina, I started to paint wall arts. When I moved to Stockholm I realized this city wasn't the best for wall artist. So, I bought a fine liner and paper and started to draw a lot, and now I can't stop.

Everything I see. The universe inspires me the most, were everything you can imagine can be real. I love listening to music, is one of my biggest companions. I listen to all kind of music from jazz, to psychedelic rock, to electronic music, you can say, I am multidisciplinary when it comes to music too.

What made you move to Stockholm? What's the biggest difference between Stockholm and Argentina?

A woman, curiosity, the north, snow, northern lights and a better life quality. I like that Stockholm is a very small and beautiful city, surrounded by nature and water. The biggest differences are the people and the light. Despite what everybody says, I like the winter and the long dark nights. I find it extremely peaceful, for me it’s the most productive time of the year. 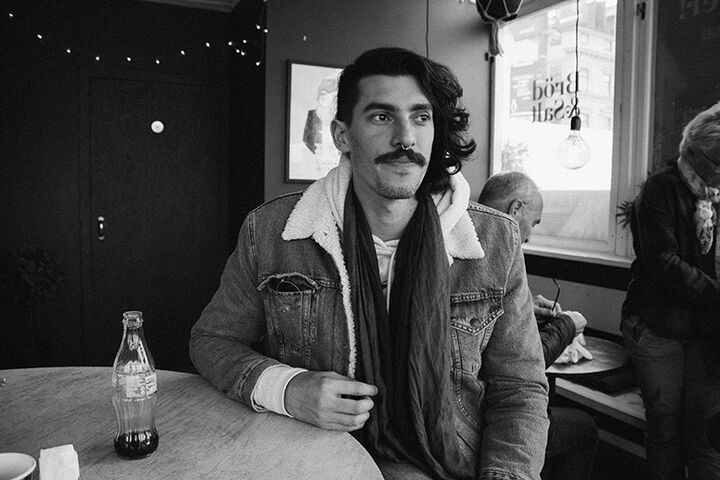 Sebastian Scaglione, the artist behind CEVO. Image by: Danijela Froki.

What initially inspired you to create dot drawings? 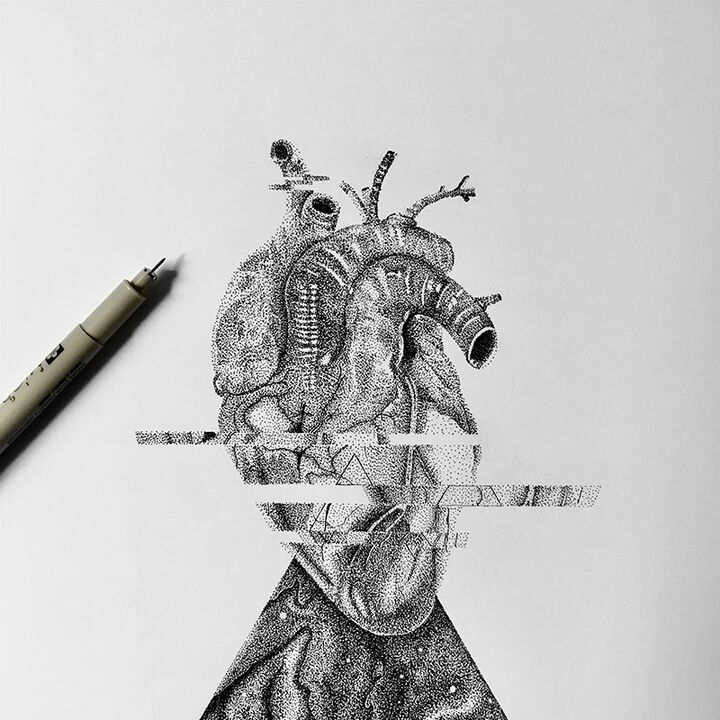 Your work is made of thousands of tiny, small dots. Can you describe your work process?

I begin with an idea in my head and start sketching on paper. When I have the final sketch, I start doing dots, from the outside to the inside. When I draw animals or specific objects, I need to watch some pictures that help me as references to see all the details. The universe is quite random. I start doing layers of dots until I see some shapes and start deciding where the planets are gonna be, or where the galaxies are gonna be placed. 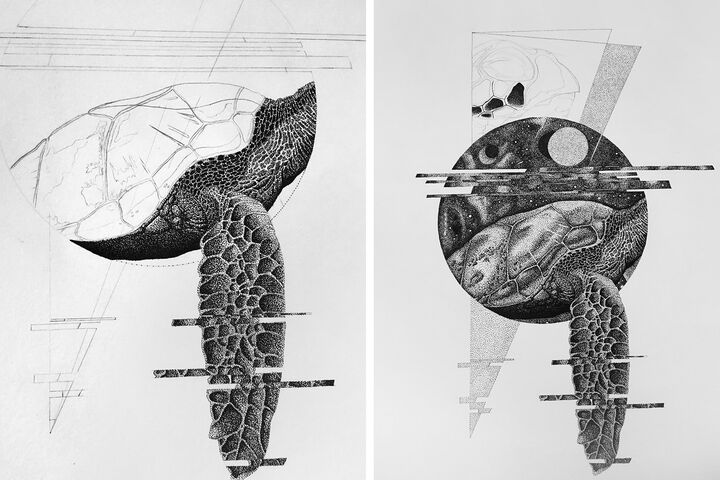 Do you really count the dots?

Yes, but not one by one! I draw different small squares of 1x1cm and fill them with dots that I count one by one, which takes me a few minutes. Then I reproduce just the surface of those squares and places them on the original, then it's just doing some maths about it and bam, I have a real approximate number of dots.

How long does it take to complete a drawing?

Tell us more about your wallpaper collection Interrupted Universe.

This collection consists of surreal hyper realistic dotworks with neo gothic and cyberpunk influences. It's called Interrupted Universe, because it shows how the universe can be interrupted by geometries, layers, masks and living things, producing a glitch in space. It’s a shout to the system -  to all imposed by it. Meaning that you can do whatever you want, and place it whatever you want.

What kind of art inspires you the most?

What is your personal motto or words you live by? 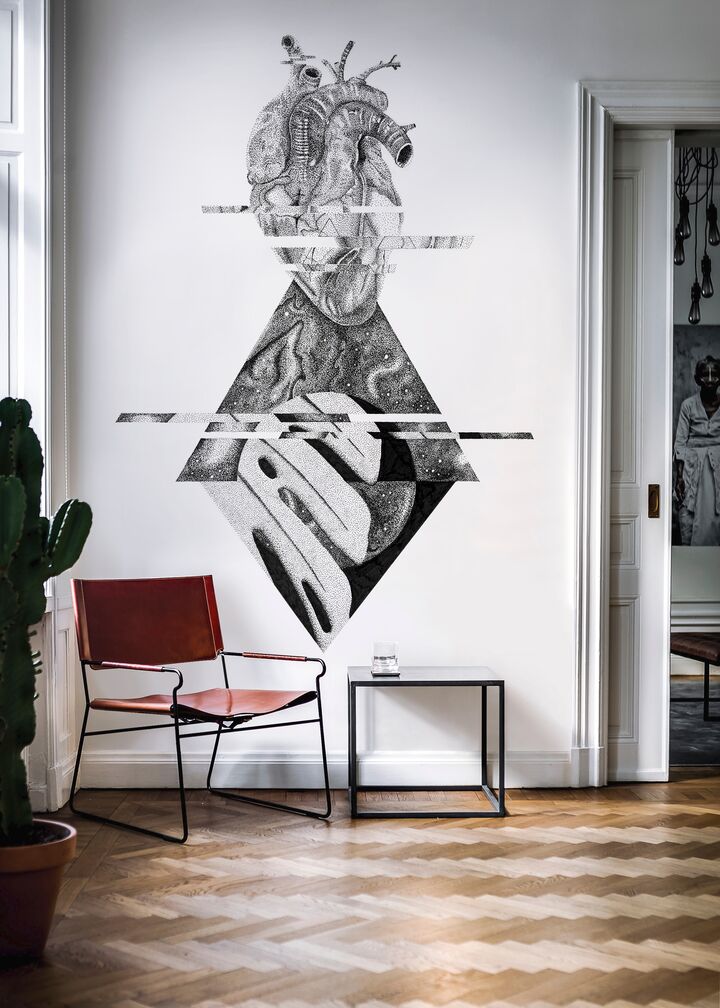 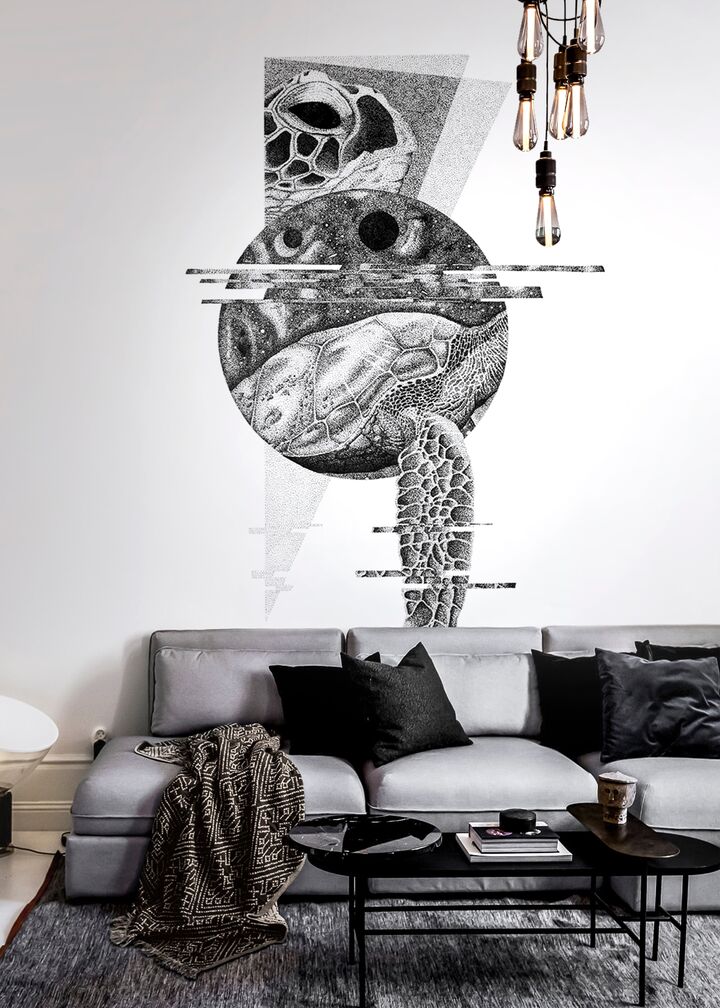 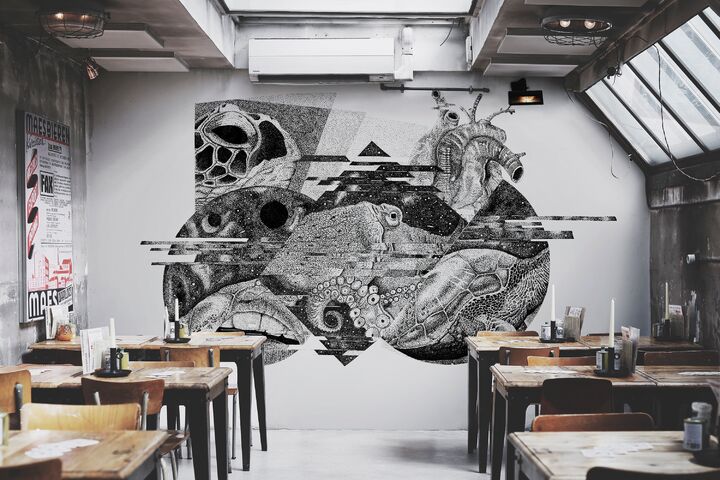 Your order is shipped in 1–3 days and shipping is always free. Wallpaper Paste Included.